"We continue to thrive."

For the 14th year in a row, BauerFinancial proudly announced that Lubrziol Employees' Credit Union has been awarded the highest (5-star) rating for financial strength and stability. Earning a 5-star rating indicates that we are a safe, financially sound credit union. Earning and maintaining this top rating gives us the added title of "Exceptional Performance Credit Union," a status reserved for institutions that have earned Bauer's highest rating consistently for over 10 consecutive years.

How do they continue to perform so well during these difficult times? We asked Karen Dorway, president of BauerFinancial, for her insight.

"Lubrizol Employees' Credit Union, and like-minded credit unions, are uniquely structured in a way that helps their members’ specific needs. And, since those members are also owners, it comes back full circle to the credit union itself,” she reflected. “Even when times are unpredictable, the common bonds these members share give them an intimate knowledge of how given circumstances may affect other members and the credit union. That knowledge means that decisions can be made quickly and implemented effectively."

BauerFinancial Inc., of Coral Gables, Florida, has been analyzing and reporting on the financial condition of the nation’s banking industry since 1983. Through the years, BauerFinancial has earned the reputation of “the nation’s bank rating service”. Hundreds of newspapers depend on their ratings for their readers and federal and state regulators refer thousands of inquirers to Bauer each year.

Financial data is compiled for credit unions as reported to the National Credit Union Administration (NCUA), the governing body for credit unions. The star ratings classify each credit union based upon a complex formula which factors in relevant data including, but not limited to: capital, historical trends, loan delinquencies, differences in the book and market values of the investment portfolio, profitability, repossessed assets, reserves, charge-offs, regulatory compliance and asset quality. 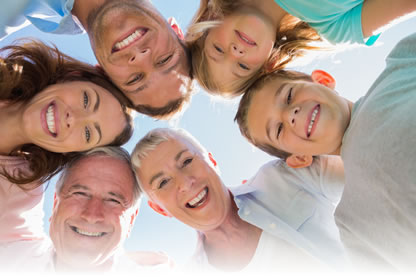 Your financial goals are just a click away... with the right loan from your credit union.